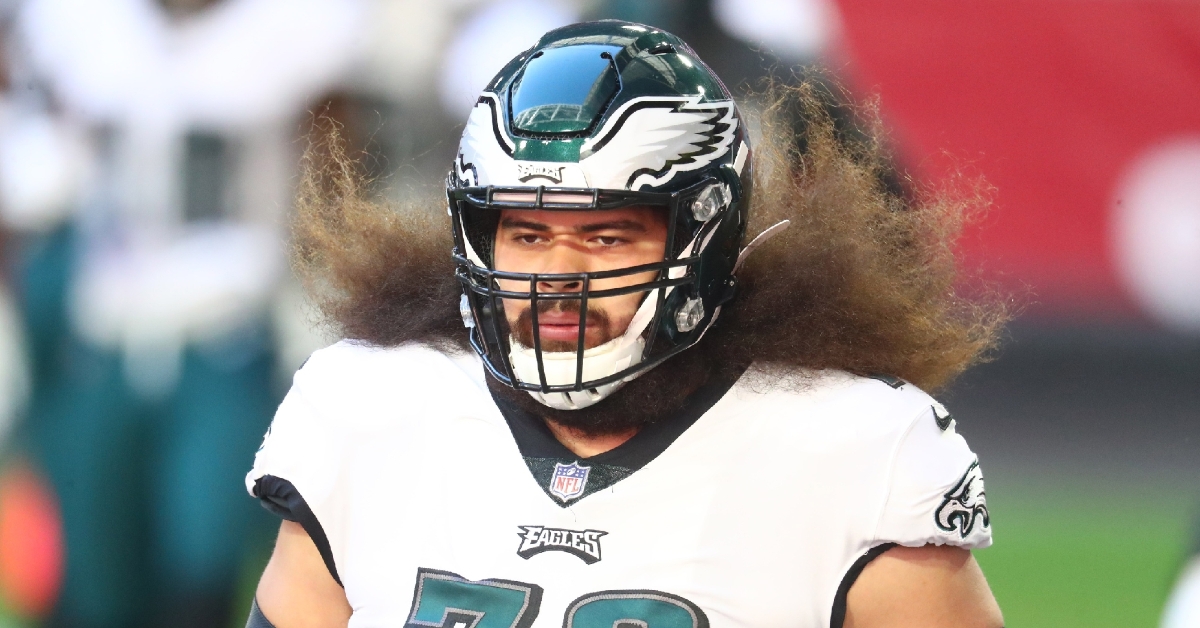 With minicamp going on and training camp set to begin in roughly a month, the Bears roster is starting to take shape as it looks a lot different from last year. While most of the players on the team right now will be with them come training camp, the right guard position continues to be a position of need for the Bears as we inch closer to the regular season.

Now that James Daniels has left Chicago for Pittsburgh, the Bears knew they needed to fill a hole at right guard. Bringing in former Minnesota Viking Dakota Dozier helps, and so does Sam Mustipher, as those will most likely be the two players battling it out for the starting right guard position.

However, if the Bears are looking to improve the right guard position, there is an intriguing name that may become available as Isaac Seumalo is listed as an Eagles as a salary cap casualty. Not only does Seumalo fit with this team in terms of the scheme they want to run, but he has connections to Ian Cunningham. His presence would also take care of one of their glaring holes, and he grades well from PFF for his position.

Considering he is just 28 years old, Seumalo still has a ton of great football left in him, and some would argue he is in the middle of his prime, which would be huge for the Bears. This would be one of those offensive linemen that the Bears could bring in and immediately sign to a lengthy deal to keep Justin Fields upright.

While playing primarily left guard for his career, he has shown the ability to be versatile, logging plenty of snaps at both right guard and right tackle. His best season was in 2019 when he became a full-time starter, allowing just five sacks off of more than 1100 snaps. He also allowed just 31 hurries and five hits that season as he was the anchor on the Eagles offensive line that season.

Since then, injuries have hampered him and his production and considering what he is set to make, the Eagles may be looking to move on from him to free up some cap space. Not only has he missed 21 games the last two seasons, but 14 games last season when he suffered a Listfranc injury in week three. Before that injury, he was playing exceptionally well, allowing just one QB pressure on 168 snaps.

Considering the injury and how severe those can be, the Eagles have been pretty non-committal about his future even though Seumalo appears healthy. Going back to 2020, you also saw Seumalo miss time with a knee injury which doesn't bode well for the 6-4 303-pounder.

When you start to have knee or foot problems as an offensive lineman, it could spell the beginning of the end as a productive player. Seumalo needs to understand that, and the Bears realize that bringing him in does come with plenty of risks. However, his track record speaks for itself, and if he is healthy, this is someone who will make the offensive line instantly better.

Seumalo is also a bit small for the guard position and isn't as fast as you would like him to be. Considering the Bears invested some of their draft picks into offensive linemen this year, look for them to be given a fair opportunity to earn the starting right guard role.

However, Seumalo should be on the Bears radar for the short term if he does become available. From a cost side of things, he won't break the bank, and he would bring a veteran presence with him that will help the younger players. Keep an eye on the Eagles and what they decide to do with him as we move forward.