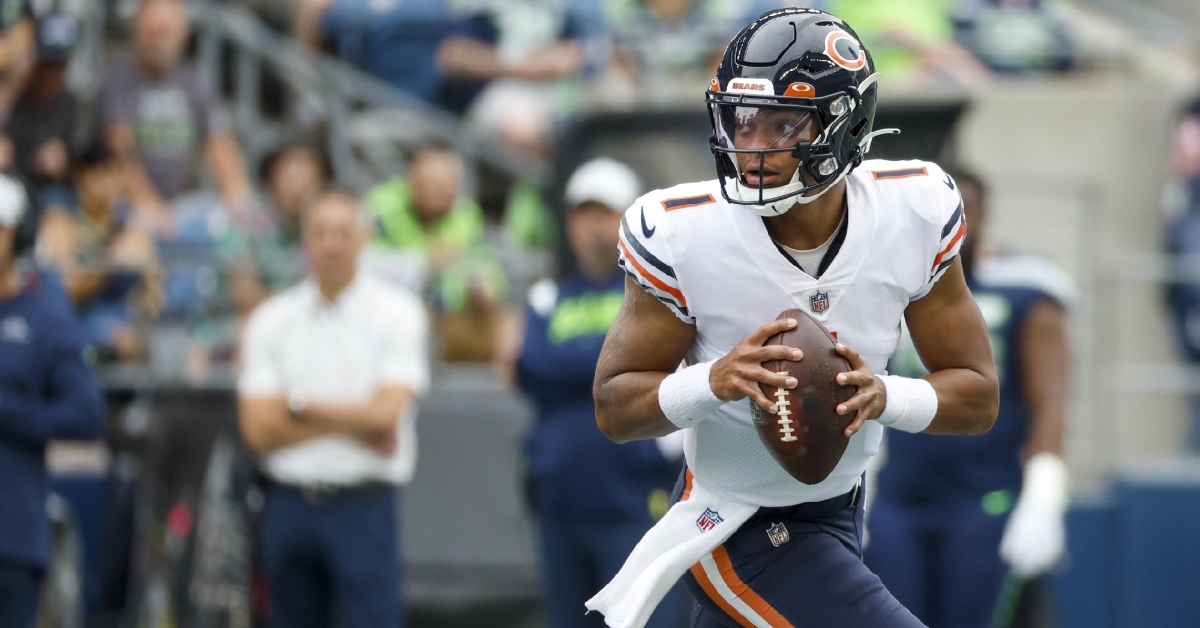 SEATTLE - Now, two weeks into the Bears 2022 preseason, fans have to love what they see. I understand these games don't count for anything outside of a glorified practice, but if this is how things will go during the regular season, Matt Eberflus and his staff may turn this around quicker than many realized.

Less than a week after topping the Kansas City Chiefs 19-14, the Bears were back on the field Thursday night when they traveled out west to Seattle. This is a much different-looking Seattle team now that Russell Wilson is gone, and the Bears took full advantage of that early and often. They not only led 17-0 at the half, but they also led 24-0 at one point before packing it in for the 27-11 win.

Earlier in the week, Eberflus said his starters wouldn't play beyond one series. They made the most of that series by putting together a lengthy 10-play drive that resulted in points. Justin Fields came out firing where he had a nice connection with Cole Kmet going. Add in a nice run from Khalil Herbert and a couple of short completions and the Bears got into field goal range where Cairo Santos put home the 35 yarder.

With Geno Smith getting the start for Seattle, the Seahawks offense did nothing in their first two possessions as they failed to reach 20 yards of offense. You then had Velus Jones show off the wheels as his 48-yard punt return set the Bear's offense up inside the Seahawks' 40-yard line. Darrington Evans took it upon himself to shoulder the load on the ground while Trevor Siemian started to heat up through the air. Siemian would eventually find Jake Tonges from two yards out to begin the second quarter as the Bears raced out to a quick 10-0 lead.

On the very first play of the Seahawks' next drive, Travis Homer ran for more yards than the Seahawks had offensively as he picked up 33 on the play. A few plays later, that drive ended as both offenses went quiet. The Seahawks had a chance at points in the second quarter after Smith hooked up with Penny Hart for 41 yards, only to have a missed field goal to end the drive.

Miscues continued to be an issue for Seattle during the closing minutes of the first half as a botched punt led to a Chicago touchdown as the Bears held a comfortable 17-0 lead after one half of play. With Nathan Peterman set to take the reins in the second half, it didn't take long for the Bears to score, needing just four plays on their opening possession.

Given a short field after a bad punt, Peterman immediately went to the air, where he found Dazz Newsome and Isaiah Coulter for first downs. With the ball inside the two-yard line, Evans finished things off as his one-yard TD run put the Bears in front 24-0, and they never looked back. It took the Seahawks virtually three full quarters to get on the board, but it was Jacob Eason putting them in position to connect on a 27-yard Jason Myers field goal to make things 24-3.

On the ensuing kickoff, it was the Bears special teams coming through again with Nsimba Webster ripping off a long return of 58 yards to put the ball in Seattle territory. Six plays later, the Bears' offense moved the ball for 17 yards, but Santos capped off the drive with points as he hit from 47 yards away to extend the lead to 27-3.

Despite the Bears not scoring the rest of the way, Chicago put another lengthy drive together, ending with a turnover on downs. The rest of the game was about coasting for the Bears, as they just wanted to finish things off without any significant injuries.

Seattle needed nearly 59 minutes to find the endzone as Darwin Thompson cashed in from eight yards out for the Seahawks touchdown. Add in the two-point conversion, and the Seahawks reached double figures but would fall by that 27-11 score as the Bears move to 2-0 in the preseason.