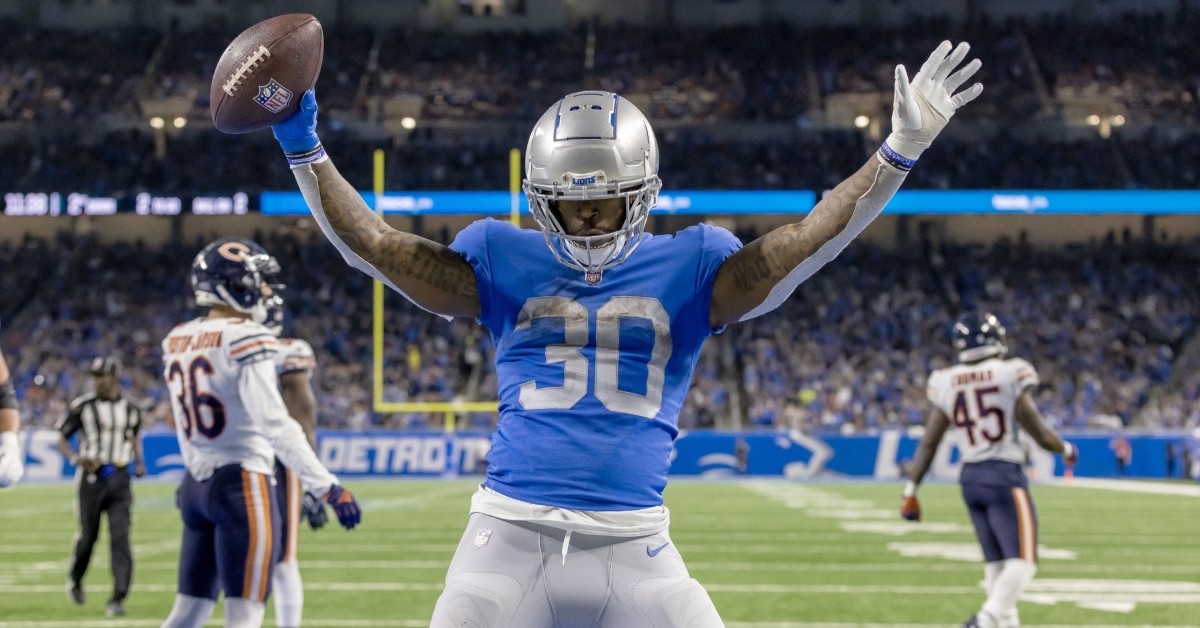 DETROIT - The Chicago Bears (3-13) knew what was at stake against the Detroit Lions (8-8) on Sunday. A win by the Bears could potentially cost them draft positioning, while a loss keeps them locked in the No. 2 spot with the Lions having a shot at the postseason. With a loss by the Washington Commanders, the Lions own that final playoff spot as they managed to overcome a sluggish start before crushing the Bears 41-10.

Through no help of his own, Justin Fields did very little to help the Bears offense, as he completed just seven of his 21 passes for 75 yards. One of those passes was a 13-yard strike to Cole Kmet to open the scoring, but that was about it in terms of success. Fields also threw an interception in the game, and at this point, it might be wise for Matt Eberflus to sit him down next week.

What Fields lacked through the air, he made up for on the ground as he picked up 125 yards on 10 carries. Granted, 60 of those came on one carry, but he still averaged better than seven yards on the rest of his carries to lead the way for the Bears rushing attack. If you want to beat the Lions at home, you must get to Jared Goff and take him out of his game. The Bears failed to do that, with Goff completing 21-29 for 255 yards, adding three touchdowns and no interceptions.

This was the final home game for Goff this season, who played like an MVP at Ford Field. He finishes the season with 25 TD to just three interceptions at home and has been a big reason why the Lions are in the playoff hunt right now. If the game's first drive was any indication of how things would go for the Bears, it was going to be a long afternoon as Chicago marched down the field for the touchdown. The ground game played a huge role, with Fields picking up a 21-yard gain, but then he used his arm to hook up with Kmet for the 13-yard TD pass and a 7-0 lead.

That was the only TD the Bears offense would generate as their defense was in for a long afternoon. Not only did the Lions answer with a nice hook-up from Goff to Amon Ra St. Brown, but Khalif Raymond was also involved before Brock Wright hauled in a short two-yard pass to tie things up. The next possession saw Fields bust through for 60 yard gain to move the ball into the Lions 10, but the offense stalled out and had to settle for the 23 Yard Cairo Santos field goal.

Not only was that the last lead for the Bears, but the Lions ended the game with 34 unanswered points to close things out. 31 of those points came over the next two quarters, with 17 coming in the second. Jamal Williams got things rolling on the ground before a big reception from DJ Chark moved the ball into Chicago territory. De'Andre Swift capped off that drive with a 17-yard TD run to put the Lions in front for good, 14-10.

The Lions found the endzone later in the second quarter, with Wright hauling in his second TD pass of the half before their defense forced a fumble on the next possession to give the ball back to Goff and the offense. Granted, the Bears defense stood tall, but Michael Badgley still connected for the 23-yard field goal to make things 24-10 before an interception by Fields closed out the first half.

As if the second quarter wasn't bad enough, the second half was even worse for the Bears as they managed just 40 yards of offense. 31 of those came on one possession that resulted in a turnover on downs, while the rest of the Bears possessions saw five punts. That made things very easy for the Lions and their offense as they continued to build off their second quarter with two more touchdowns in the third.

The first came on their opening possession when Williams added to his NFL lead in rushing touchdowns with a two-yard score. Not only did they march down the field and go 92 yards on their next score, but they did so in just seven plays and less than four minutes off the clock. Finding Chark for 28 yards certainly helped, but St. Brown and Raymond also had big receptions on that drive.

Once the running game got going again, it opened things up for the Lions and the offense as Swift took it to the house from 21 yards out to make things 38-10. Badgley capped off the scoring with a 41-yard field goal in the fourth quarter as the Lions destroyed the Bears 41-10.