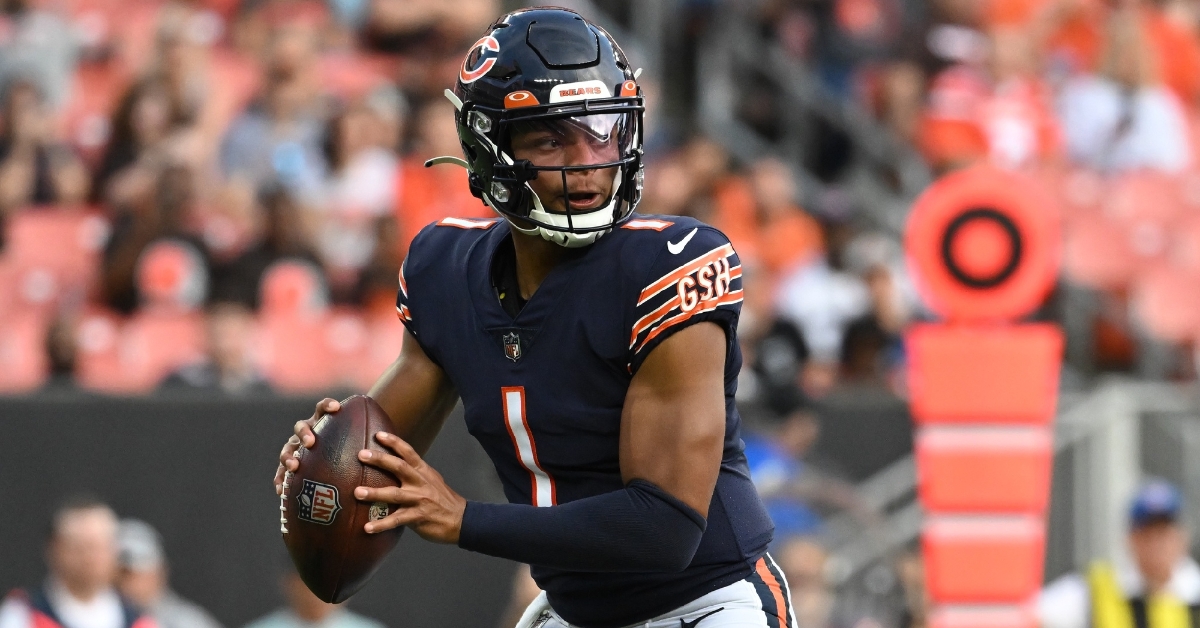 The NFL season is about to start, and it is safe to say this might have been one of the wildest offseasons of all time. Stars all over are changing teams, and with that, comes many different teams changing quarterbacks.

Last season saw the LA Rams trade for Matthew Stafford and make a run for a Super Bowl. So let’s take a look around the NFL and see how the quarterback position has changed from last season to this.

So far it appears the Cardinals will have the same man under center as last season with Kyler Murray. There was some concern whether or not Murray would get paid, but he did, and he looks set to be the QB for the Cardinals this year.

For the first time in over a decade, Matt Ryan will not be the quarterback of the Atlanta Falcons. After dealing Ryan to the Colts, the Falcons signed former Titan and Raider Marcus Mariota to be their next quarterback.

The Ravens are one of the top third of teams in the NFL that know who their starting quarterback is now and for years to come. Lamar won’t be going anywhere.

The Bills have one of the best young talents in the sport in Josh Allen, so the only thing changing for them will be backup quarterback as Mitchell Trubisky has changed teams.

The Panthers gave a lot to acquire Sam Darnold from the Jets before the 2021 season, but he was not great. However, with Newton leaving Carolina as a free agent, the Panthers traded for former Browns QB Baker Mayfield who will be their starter.

When the Bears traded up in the 2021 NFL draft to acquire Justin Fields, it was clear he was going to be their starting quarterback of the future. The job is now his, but it did not come without a typical flurry of Bears quarterback moves.

Not much to say here. Burrow led the Bengals to the Super Bowl in just his second year, he may have a job for life in Cincinnati.

The Browns have had plenty of turnover in their quarterback room, a year after making their first playoff appearance in ages. The Browns have moved off of Baker Mayfield and acquired the controversial Deshaun Watson via trade from the Texans and other mobile QB Jacoby Brissett. Watson is suspended through week 12, so Brissett will be QB1 in Cleveland for the time being.

The Broncos have the single biggest upgrade at the QB position this offseason. With a block buster trade, the Broncos acquired Super Bowl winning QB Russell Wilson from Seattle this offseason.

It may not be perfect, but the Lions have stability at the QB position in Jared Goff, the former Ram.

Another offseason of drama and rumors ends the same way: Aaron Rodgers is staying in Green Bay.

After Deshaun Watson legal issues and a Tyrod Taylor injury, the Houston Texans quickly became impressed by rookie Davis Mills — who will be their QB in 2022.

In typical Colts fashion, Indianapolis will have yet another starting QB when next season begins. After trading for and bailing on Carson Wentz, it will be long-time Falcon Matt Ryan handling things in Indianapolis under center.

The number one pick in 2021 at least has job security in Jacksonville.

Enough said. Incredible talent who is locked up in Kansas City for a LONG time.

Derek Carr has quietly been one of the best QBs in the NFL over the last year. While there were rumors of the Raiders shopping Carr, he will be their QB in 2022.

Elite talent in a blood bath of a division. Herbert will be the Chargers’ QB for years to come.

Newly acquired and extended Super Bowl champion Matthew Stafford has found a comfortable home in LA for as long as he plays QB.

The only thing that will change for the Dolphins is Teddy Bridgewater as backup QB instead of Jacoby Brissett. Oh, and the fact the Raheem Mostert and Tyreek Hill will join South Beach’s offense.

Minnesota has had Kirk Cousins as QB for a couple of years now and liked it enough to extend him. He’s not elite, but he is certainly good and will be Minnesota’s QB in 2022.

The Patriots are hoping their second year QB Mac Jones will take a leap in 2022.

Despite many rumors in New Orleans, it appears a healthy Jameis Winston will get his job back and will be backed up by Andy Dalton. Reports say Taysom Hill will primarily play TE in 2022.

It looks like the Giants are going to give Daniel Jones another shot at proving himself as a starter. If he fails, capable backup Tyrod Taylor will be in the wings looking for his opportunity.

The Jets will give 2022 another go with the same QB room, hoping Flacco’s experience can rub off on the youngster Zach Wilson.

A talented young quarterback and a polarizing, capable backup. The Eagles will bring the same pair of QBs into 2022.

For the first time in almost two decades, Ben Roethlisberger will not be the Steelers quarterback. Instead, it will be former Bear Mitchell Trubisky given the reigns, with rookie Kenny Pickett and Mason Rudolph playing backup for Pittsburgh. Dwayne Haskins was expected to be in the mix before tragically passing over the offseason.

Despite a trip to the NFC Championship game for the second time in three years, the 49ers want to give their starting QB job to Trey Lance and after looking to move Jimmy Garoppolo, they will keep him on the roster.

The Seahawks have by far the biggest downgrade at QB. Going from future Hall of Famer Russell Wilson, the Seahawks will be settling for former Bronco Drew Lock and former Jet Gino Smith at QB in 2022 as of right now.

Despite a retirement announcement from Tom Brady that made the Buccaneers’ future plans go in shambles, Brady unretired — making him the Buccaneers QB in 2022.

If it ain’t broke, don’t fix it. Ryan Tannehill is far from the best QB in the league, but the Titans won a lot of games in 2021 with him under center and will be looking to do the same in 2022.

The new-named Commanders will have a new look at QB, with Carson Wentz being acquired via trade from Indianapolis.

There may be some move around, but the QB Carousel is just about settled with week 1 starting tonight.