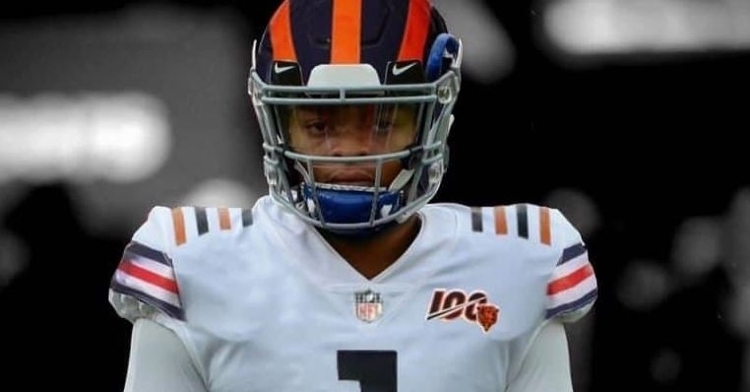 So far this offseason, we have seen many changes amid the starting quarterback position at each team. We have seen some legends retire, like Drew Brees and Philip Rivers, as well as some rookies finding their new homes.

But we at Bears HQ will break down all of the change that has happened for each team at quarterback.

Green Bay Packers - The Packers, at the moment, still have Aaron Rodgers in line to be their starting quarterback in 2021. However, Rodgers has made it known that he does not want to be a Packer for long - so this answer could look a lot different come season time. Jordan Love is slated to back up whoever the QB is.

Chicago Bears - Mitchell Trubisky is gone and has been replaced by former Bengal and Cowboy Andy Dalton. Nick Foles is still on the team and a first-round pick from Ohio State Justin Fields — it will be a competition to see who starts.

Detroit Lions - For the first time in over a decade, it will not be Matthew Stafford slotted to start in 2021. Instead, it will be former ram Jared Goff in line to play QB for Detroit.

Dallas Cowboys - Dak Prescott is back from injury. He’ll be back under center for the Cowboys in 2021.

Philadelphia Eagles - With Carson Wentz out of the picture, Jalen Hurts is in line to start at QB for the Eagles in 2021.

Seattle Seahawks - Despite a lot of offseason drama, it remains Russell Wilson.

San Francisco 49ers - Jimmy Garropolo is still in the picture, but Trey Lance was drafted No. 3 overall by the Niners and will play at some point this season.

Buffalo Bills - Josh Allen, no change except Trubisky will be his backup.

Miami Dolphins - Tua Tagovailoa seems to have the job to himself.

New England Patriots - Cam Newton seems in line to start like last year, but Mac Jones will be a nice rookie QB for the Patriots.

New York Jets - No more Sam Darnold. Instead, it will be No. 2 overall pick Zach Wilson.

Indianapolis Colts - After Philip Rivers retired, the Colts acquired Carson Wentz from the Eagles to start at QB.

Houston Texans - No clue, It could be Deshaun Watson if his legal cases are settled; otherwise, Tyrod Taylor.

Las Vegas Raiders - Derek Carr with Marcus Mariota as the backup, no change.

*** Some of this may change before the season kicks off, but this is likely how it will look under center for most teams when the 2021 season begins.