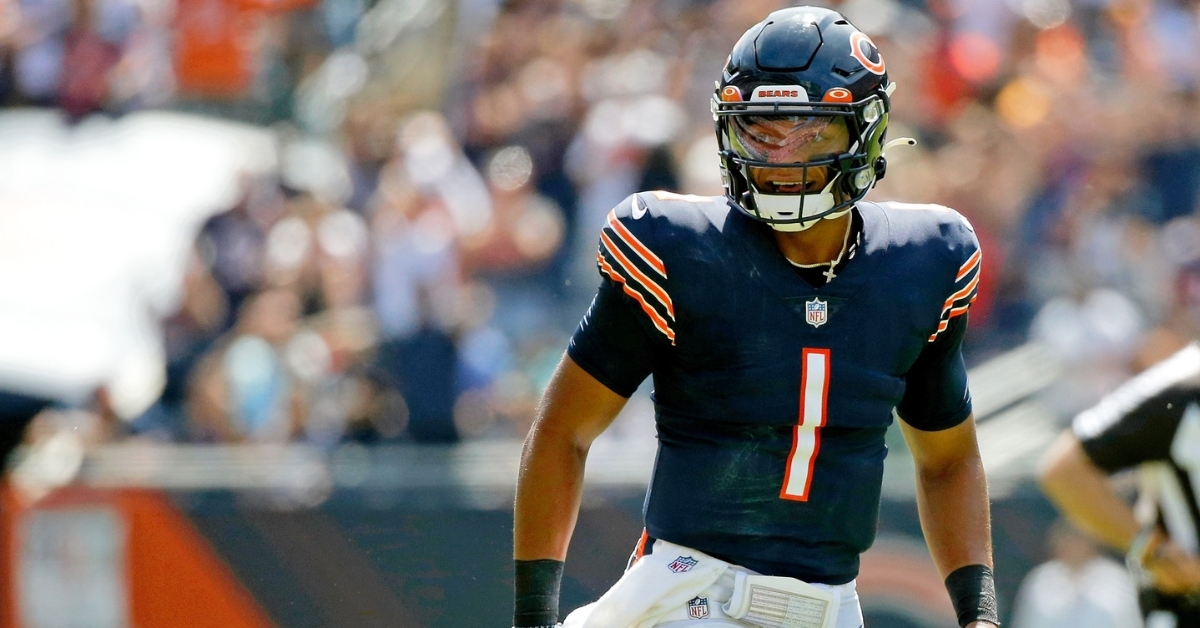 Week three could go down as the most crucial week of the Bears season as they get set to take on the Cleveland Browns on the road. While most fans will point to this game and say it is just another week, it is so much more than that as Justin Fields will make his first of what will hopefully be many successful NFL starts.

Fields got on the field in week 2 and, despite less than stellar numbers, did what he needed to do to pick up the win in relief of Andy Dalton. Now that this is his team, Fields has a chance to prove why he was regarded as one of the best QBs in this year's draft class, and should he play well, and Matt Nagy will have to face the reality that Dalton will not start another game this season.

If Fields is going to win, he will have to go through one of the best teams in the AFC in the Cleveland Browns, who are loaded with talent on both sides of the ball. After taking the Chiefs down to the wire in week one, they rallied to top the Texans last week and are now ready to start taking off. Given that Fields played his college ball in Columbus, playing in Ohio may be a sense of comfort for him. Here are three things to look for and prediction ahead of Sunday.

In just two weeks, but fans are getting what they wished for as the Justin Fields era is set to begin. It may not have been the way fans wanted it to happen with Dalton going down with a minor knee injury, but now it is time for Fields to show fans what he is all about.

To play the way everyone hopes he will, Nagy needs to take the training wheels off and let him be himself. The only way for a rookie QB to learn and get better is to make mistakes and learn from those mistakes. Nagy has had a knack for holding guys back as questionable play-calling seems to have affected the Bears production on the field.

Fields is the type of QB the Bears have been searching for, and now that he is here, the Bears can't make the same mistake they did with Mitch Trubisky. After being taken No.2 overall, Trubisky never lived up to his potential as he showed signs of potential at times, but then showed signs of being a backup QB. Nagy was a big reason for Trubisky's struggles, and if he makes the same mistake with Fields, Chicago will be furious.

The status of Beckham and Landry

If the Bears defense thought the Rams offense was good in week one, Cleveland will be a whole different animal as they have talent at every level. Not only did they have the No.1 ranked offensive line last season, but they have a former No. 1 pick in Baker Mayfield leading the way. Although inconsistent at times, Mayfield has proven to be a winner, and it is a matter of time until he gets his extension.

Along with Mayfield, the Browns have one of the best running back tandems in the game, with Nick Chubb and Kareem Hunt sharing the load. Chubb missed five games last season with injuries and still found a way to rank in the top five in the league in rushing yards. Perhaps the most critical unit for Mayfield on the field is the receiving core, where he has two pro bowl caliber receivers to throw to.

Those guys would be Odell Beckham Jr and Jarvis Landry. With a young and inexperienced secondary, it would only make sense for the Browns to go after the Bears secondary with numerous big passing plays. However, the Bears might be getting a massive break as Landry and Beckham have been dealing with injuries and are questionable for Sunday.

If neither of them can go, this Browns offense is going to look drastically different, and Mayfield is going to have to put the team on his back. If just one of them is out, the Browns will still have the weapons to make things happen. However, if both are on the field, this Bears defense will be tested more than they have this season.

Update: Beckham has been upgraded to healthy per Browns

Along with a solid offense, the Browns have a defense led by one of the best pass rushers in the game in Myles Garrett. A former No. 1 pick in his own right, Garrett hasn't been as consistent as the Browns may have liked, but has come into his own the last three years.

A big reason for that is health, as Garrett dealt with plenty of injuries early in his career, and now that he is healthy is producing like a No. 1 pick. If it weren't for Aaron Donald, Garrett would be the favorite to win defensive player of the year. He is big, fast, athletic, and just one of those freakishly gifted pass rushers that many teams would kill to have.

Chicago did a great job keeping Donald in check-in week one, and the offensive line played even better in week two. Now it is time for them to show what they are about as they need to contain Garrett and Jadeveon Clowney. Garrett is what makes this defense go, and the more damage he does, the harder it will be for the Bears offense to get anything going.

The Bears have been fortunate that the NFC North has gotten off to a slow start as they remain tied for first at 1-1. Looking at the schedule for the Packers, Vikings, and Lions this week and there is a good chance that even with a loss, the Bears would remain tied for first with a 1-2 record. I don't know if that shows you how bad the division is or just the difficult schedule that all NFC North teams have had thus far.

For Chicago to win this game, they need to be better on offense, especially for Fields, who didn't look great last week. I expect that to change this week as he has been working with the No. 1 unit all week, but Cleveland has also been preparing for him knowing he will be the starter. This will be a great game that should come down to the wire. Unfortunately, I think Cleveland has too much talent all around despite missing a few players as they figure out a way to win this game 27-24.