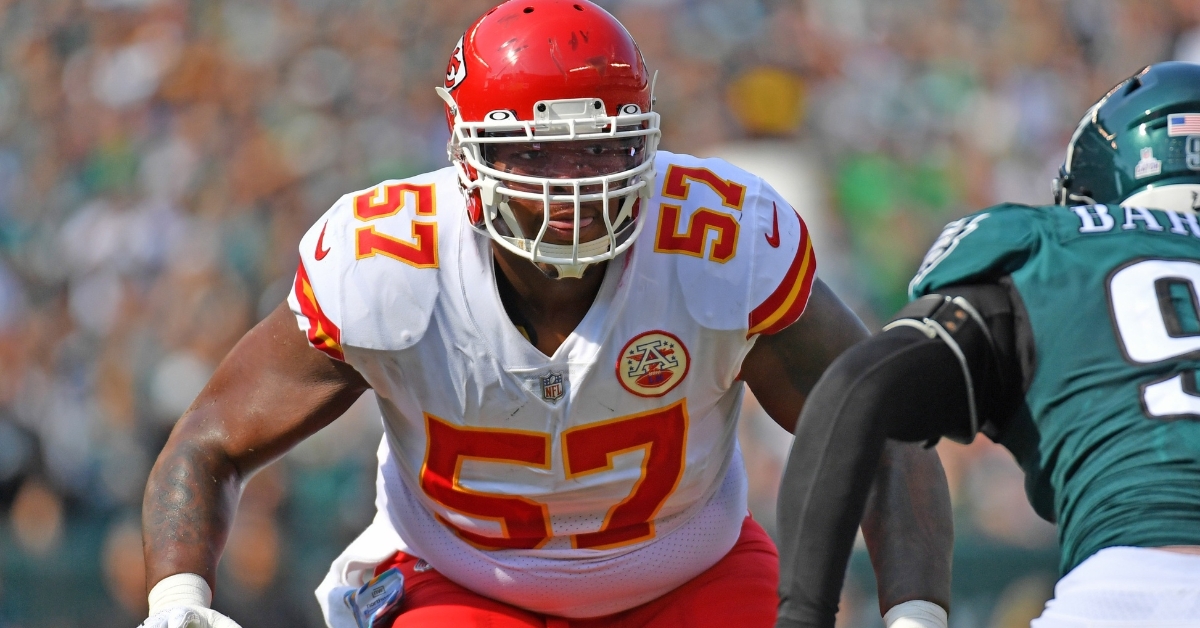 It was nice to see the Bears show aggression last week by inking N'Keal Harry via the trade market. Now that the move is officially complete, the Bears are continuing to focus on training camp as they push forth with the roster they currently have in place.

However, this team could use a lot more help, and some high-quality players could be available in the coming days. With the Franchise Tag deadline from Friday officially gone, there will be some players who didn't get extended, which could make them trade candidates before the season.

If that is the case, could the Bears be one of those teams that could potentially make a move on some of these guys? While that remains to be seen, it does make sense for the Bears to look into some of these guys if they genuinely want to be a better team.

Perhaps the biggest name to not get an extension is Kansas City Chiefs offensive lineman Orlando Brown. After declining a six-year deal that would have given him the highest signing bonus in history among offensive linemen, the two sides couldn't reach a long-term contract, and thus is now playing under the tag.

Granted, both the Chiefs and Brown have come close to a deal and remain in discussions; nothing has come full circle yet, so there is a slim chance someone could make a run at him. If that were to happen, Chicago would have to fork over a lot of cash as the previous offer to Brown was a six-year 91 million dollar deal with a 40 million dollar signing bonus.

While I don't expect the Bears to have a chance at him, it is nice to think about the possibility of him playing in Chicago and what he could do for the offensive line. He is precisely the type of player this team needs upfront.

Brown may be the biggest name out there, but some tight ends have been given the franchise tag that would make a ton of sense for the Bears to target.

First on that list is Dalton Schultz of the Dallas Cowboys. A reliable, but not elite TE, Schultz would be the perfect compliment to play behind Cole Kmet as he would give the Bears a solid TE duo.

Mike Gesicki is another TE who has recently been tagged, and this is a guy fans would love to see in Chicago. Unlike Schultz, Gesicki is a pro-bowl caliber TE who has been a starter in Miami for the last several seasons. With the Dolphins in an all-or-nothing position this season, should things go south, Gesicki could be made available, and the Bears need to watch that.

This kind of move would change the Bears offense as he would take over the starting spot from Kmet, which would make the Bears offense that diverse than before. While I find it more likely that Schultz is one of these two that will hit the market, should both players be retained and sign long-term deals, other sites out there make sense for the Bears.

Some names include, Austin Hooper, Robert Tonyan, OJ Howard, Hayden Hurst, and Evan Engram. When you look at how the TE market has evolved the last few years, it does make sense that the Bears will want to flex their muscles and make that part of the offense more diverse.

Engram and Hurst appear to be the best fits if this is an option, as they would compliment Kmet greatly while also giving the Bears the starting depth they need.

We will keep an eye on all news and rumors in Chicago during the coming weeks, as things could heat up heading into camp.