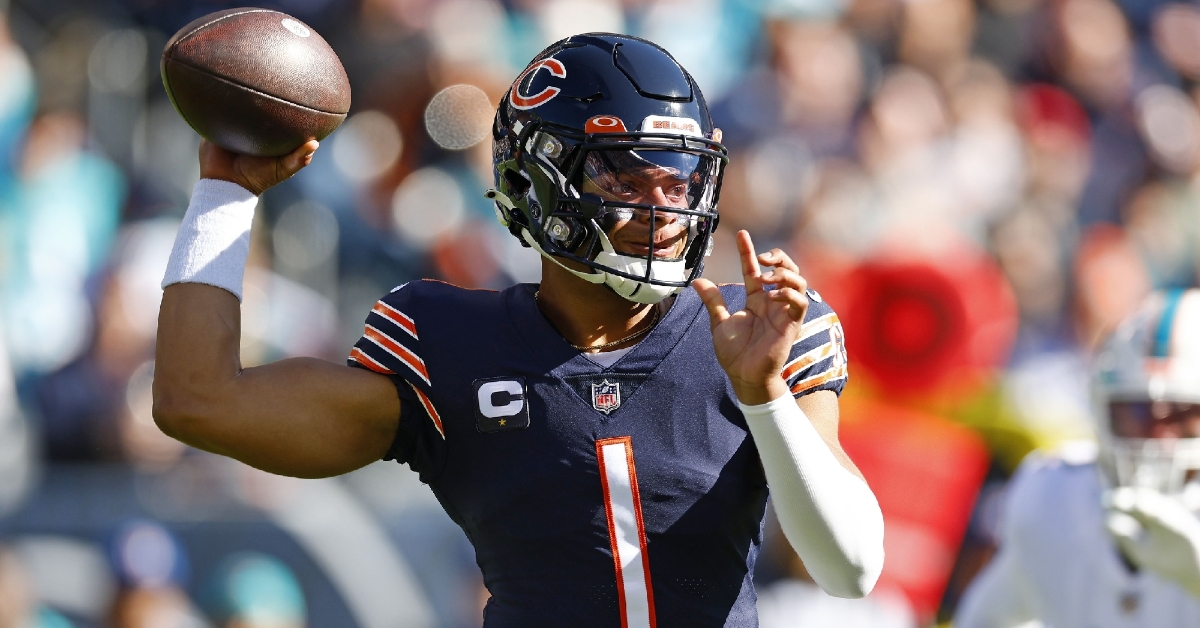 With fantasy playoffs starting in some leagues, lineups are now more important than they have been this season. With Justin Fields being expected to play against the Eagles this Sunday (12 p.m./FOX) despite being listed as questionable with an injury, he is still a must-start with the fantasy numbers that he has been putting up this season. David Montgomery has also been putting up good fantasy numbers since rookie Khalil Herbert went on injured reserve (IR) and isn’t eligible to return until next week against the Bills.

While the Eagles are giving up the second-least fantasy points to quarterbacks this season, the Eagles defense is not the best against the run. In fact, they rank No. 18 in the rushing defense. Fields greatest strength is his legs. He is averaging 67.7 rushing yards per game and ranks No. 8 in the NFL in rushing yards and leads the NFL in yards per rushing attempt with 7.1. Hopefully Luke Getsy has learned that the Bears are more successful with Fields running the ball after the collapse in the fourth quarter against the Packers. In fact, Fields averages 11 rushing attempts in the Bears’ wins this season and his six rushing attempts against the Packers were his lowest of the season thus far. With his rushing ability, he is still a must-start in fantasy.

Not all of the rushing yards go to Justin Fields, and with Herbert still on IR, the majority of the rushing attempts by the running backs will go to Montgomery. The Bears are still the best rushing team in the NFL, averaging 189.2 rushing yards per game. He has had at least 60 rushing yards in the last three games, as well as getting more involved in the passing game. This is adding to his value in half point per reception (HPPR) and full point per reception (FPPR) leagues. Still, he is a player to be started in all formats.

Cole Kmet - Start in Some Leagues

Tight ends have been pretty inconsistent throughout the entire season, except Travis Kelce. Luckily for Kmet fantasy owners, he has consistently getting more targets and against the Packers, he had a season-high total of six receptions and had his second game of the season with at least 70 receiving yards. While he hasn’t had a touchdown since Week 10 against Detroit, he is still getting some consistent attention. While there are other tight ends that are putting up more points, Kmet is a reliable option that will put up points.

After not missing a field goal for the first 10 games of the season, he has now missed two field goals. Furthermore, Santos is No. 24 among NFL kickers in field goal attempts this season. When a kicker is not making a lot of field goal attempts, they cannot get a lot of points. There are plenty of other kickers to start, particularly in the beginning of the playoffs.

Equanimeous St. Brown - Start If You Need a Receiver

St. Brown has had some good games, and he had 85 receiving yards against the Packers. While the Eagles are the best passing defense in the NFL, the Bears are still going to have to throw the ball. In light of Chase Claypool being ruled out and with Mooney out for the season, St. Brown will probably be the Bears’ top wide receiver in this game since not all of the passes can go to Kmet and Montgomery. St. Brown has good upside for those who are willing to take a risk, but still has the potential to put up a 0.

Khalil Herbert - Keep On Your Bench

Obviously, Herbert cannot be started this week since he is still on IR. But, being on an IR spot, he is not taking up room on the bench. Furthermore, he is eligible to return from IR in time for the game against the Buffalo Bills. Herbert was getting a lot of fantasy points when he was playing. While the Bills are No. 4 in rushing defense, the caliber of the defense has yet to stop the Bears from running the ball. Also, since there are some leagues where the playoffs are starting next week, it might be a good idea to pick up Herbert prior to the playoffs starting. One thing that has been consistent in the NFL this season is injuries, so it is always nice to have a backup plan.