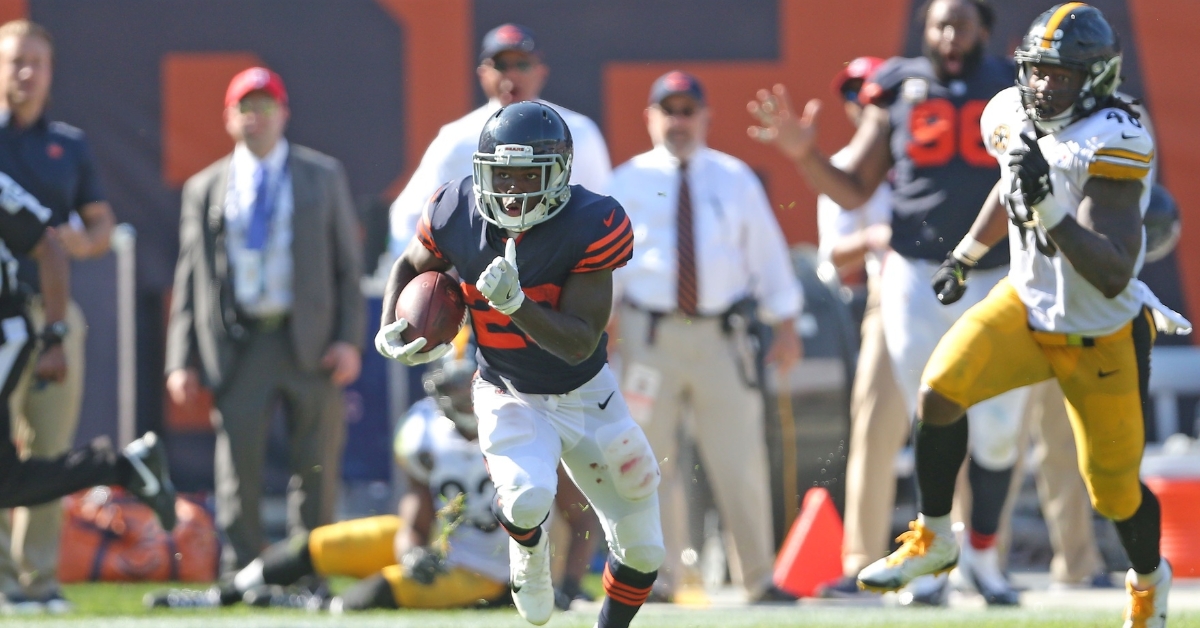 This will be the first of two consecutive weekends without Bears football as Chicago will take to the field during Primetime on Monday night. It will be a night of historic proportions as two of NFL's most storied franchises hit the field, with the Bears taking on the Steelers.

On the one hand, you have the Bears, who are the NFL's oldest franchise and are right up there with the Green Bay Packers in terms of the most NFL Championships ever won. The Steelers came into the league much later, but their success can't be ignored as they have accumulated six Superbowl titles putting them in the top three all-time.

Ironically, as historic as both of these teams have been, they haven't met a ton as this will be the 28th meeting between the two sides. You want to talk about domination, the Bears have dominated this series posting a 19-7-1 overall record and looking for more this week. Although the Steelers didn't become a team until 1958, they were around since the 1930s, owning the name of the Pittsburgh Pirates across their first 20 plus years in existence.

Most of the Bears' damage in this series happened immediately, where Chicago won 11 of the first 12 meetings between the two teams. That included winning the first 10 games as Pittsburgh had no answers for Chicago. If it weren't for their 24-10 loss in 1958, the Bears would have gone more than 30 years against this team without a loss. That is an impressive feat no matter who you are playing and something that not many teams can say they have done.

Following that first win, Pittsburgh started to put things together, battling for a 17-17 tie before picking up a 41-13 win in 1967. The 41 points allowed were the most the Bears have ever allowed in a single game against the Steelers and was undoubtedly a low-point for the meetings between the sides.

After winning just one game across four years in the 1950s and 60s, Chicago responded with two consecutive wins in 1969 and 1971 before dropping two straight in 1975 and 1980. Following their loss in 1980, the Bears went six years before seeing the Steelers again, but once again got right back to business, securing a 13-10 overtime win. That was the beginning of a three-game winning streak as the Bears entered the 1990s on a positive note against this team.

As dominant as the Steelers were in the 1970s and into the 1980s, they were equally as good in the 1990s as they would make a Superbowl in that decade only to lose to the Cowboys. Across a 10-year stretch spanning from 1995-2005, the Steelers posted an unbeaten mark against this Bears team, going 3-0 in the process. Two of those games were one-score victories, including the 37-34 overtime victory in 1995.

For as bad and inconsistent as the Bears have been for the better part of the last two decades, you have to give them credit for the job they have done against this organization. Entering the game Monday, this team hasn't lost to the Steelers in 15 years, and that is going back to 2005 when they last lost. In their three meetings since it has been all Chicago as they have gone a perfect 3-0 to build on what was an already great all-time mark against this team.

The Bears put an end to their three-game skid against the Steelers in 2009, earning a hard-fought 17-14 win that season. Jay Cutler was the QB of the Bears that season while Ben Roethlisberger was just getting started in his Steelers career. Robbie Gould would knock home a game-winning field goal from 44 yards out with 15 seconds to go to seal that victory.

The last time these teams met came in 2017 as they embarked on a hard-fought game at Soldier Field. Four years later, the Bears were back at it as this was the last time they played in Heinz Field. Not only was Cutler battling Big Ben again, but it was all Chicago in this one dominating the Steelers 40-23. Although Mitch Trubisky was part of the team, Mike Glennon was still starting as he found Adam Shaheen for a touchdown pass.

Add in a pair of touchdowns from Jordan Howard, including the game-winning 19-yard touchdown run in overtime, and the Bears picked up a 23-17 victory. T

This will be Justin Fields first opportunity to knock off the Steelers while Roethlisberger enters with a 1-3 mark against Chicago and riding a three-game skid.