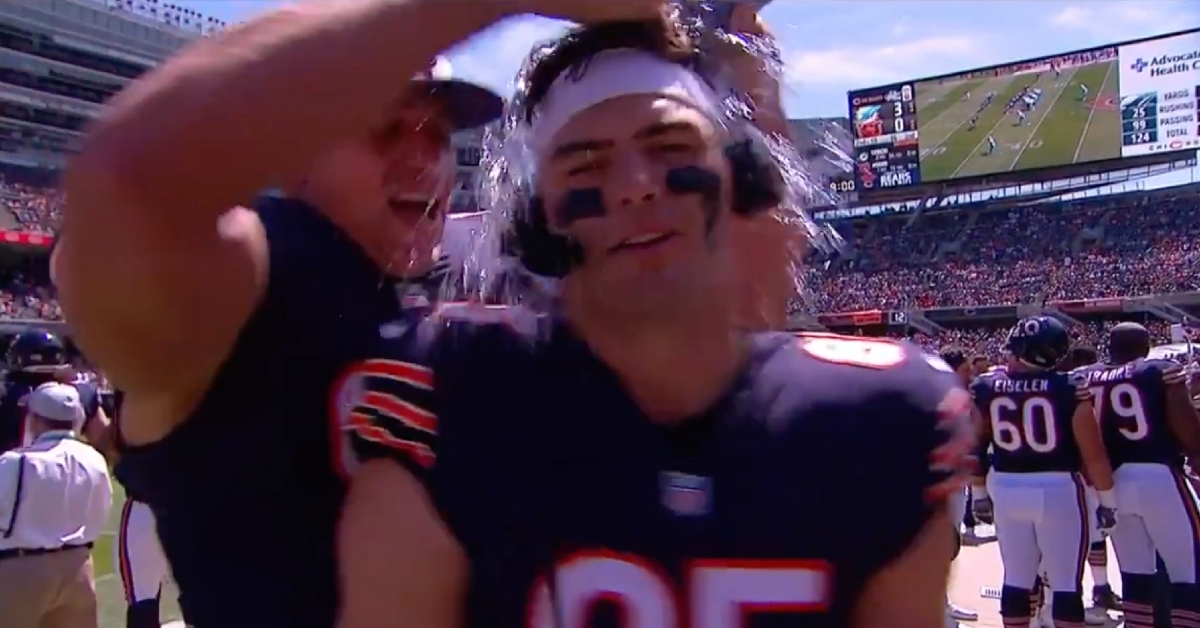 As indicated by the playful prank, Bears tight ends Jimmy Graham and Cole Kmet clearly have a great relationship.

CHICAGO — Second-year Chicago Bears tight end Cole Kmet was being interviewed on live television on Saturday, and veteran Bears tight end Jimmy Graham used that as an opportunity to prank his young teammate. In the midst of Kmet answering questions on the sideline during the Bears' preseason opener with the Miami Dolphins at Soldier Field, Graham doused Kmet with iced water.

Graham let out a yelp in order to startle Kmet and interrupted the interview by bumping into Kmet and pouring ice cubes and water onto him. Kmet laughed it off and seemed accustomed to Graham, one of his mentors with the Bears, having fun at his expense. Graham's cameo on the broadcast was brief, yet memorable, and his obvious indifference to Kmet's interview made the moment even funnier.