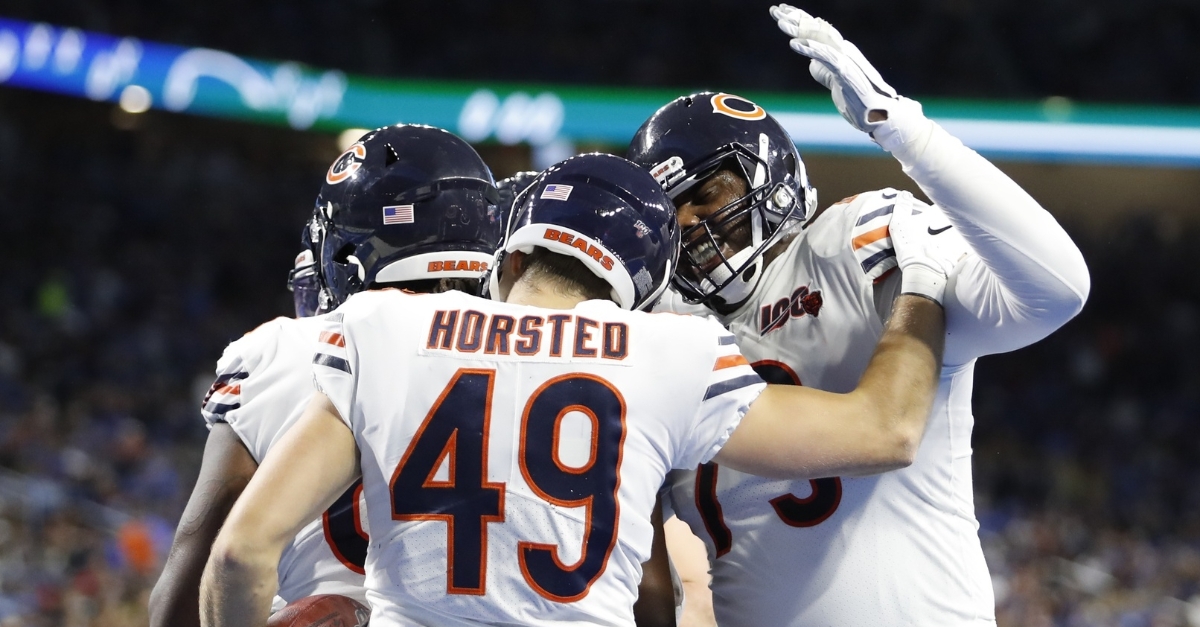 DETROIT — The Chicago Bears (6-6) were assuredly thankful to come away with a road win on Thanksgiving. Defeating the Detroit Lions (3-8-1) at Ford Field on Thursday, the Bears outscored the Lions 20-6 after the first quarter and won 24-20. Bears quarterback Mitchell Trubisky played well, going 29-of-38 for 338 yards and three touchdowns through the air. David Blough started under center for the Lions in place of injured quarterback Matthew Stafford and was 22-of-38 for 280 yards and two touchdowns. The Bears racked up 419 total yards of offense in the Week 13 matchup and completed a season sweep of the Lions.

Earlier in the season, the Bears defeated the Lions 20-13 in a game that Stafford missed due to injury. Blough did not play in that game, though, and the Thanksgiving outing marked his NFL debut. Blough fared well out of the gate, orchestrating two touchdown drives in the first quarter. The Bears took an early 7-0 lead when a penalty on the opening kickoff provided them with great field position. Trubisky capped off the 50-yard drive with a 10-yard touchdown pass to wide receiver Allen Robinson II. A few plays later, Blough connected with wideout Kenny Golladay for a 75-yard touchdown pass that saw Golladay break free behind the Bears' secondary.

On the Lions' next possession, receiver Marvin Jones Jr. hauled in an 8-yard pass from Blough for a go-ahead touchdown. Later in the first half, the Bears turned the football over on downs in Detroit territory and also cut into their deficit via a 30-yard field goal by kicker Eddy Pineiro. Chicago trailed 14-10 at halftime and wasted a scoring opportunity when Trubisky threw an interception at the Lions' 22-yard line early in the third quarter. Trubisky bounced back, however, and threw an 18-yard touchdown pass to tight end Jesper Horsted at the 4:44 mark of the third quarter, thus tying the game at 17 points apiece.

Detroit responded by retaking the lead on a 24-yard field goal from kicker Matt Prater. Chicago went in front for good with 2:17 remaining, as Trubisky tossed a 3-yard touchdown pass to running back David Montgomery to put a bow on a 9-play, 90-yard drive. The Lions had a chance to win the game, but Blough was picked off at the Bears' 10-yard line on a fourth-and-long play, thereby securing Chicago's 24-20 triumph. Safety Eddie Jackson made the game-clinching interception. Wide receiver Anthony Miller led the Bears with a team-high nine catches and 140 receiving yards. In addition, Bears linebacker Roquan Smith led all tacklers with 15 combined tackles.