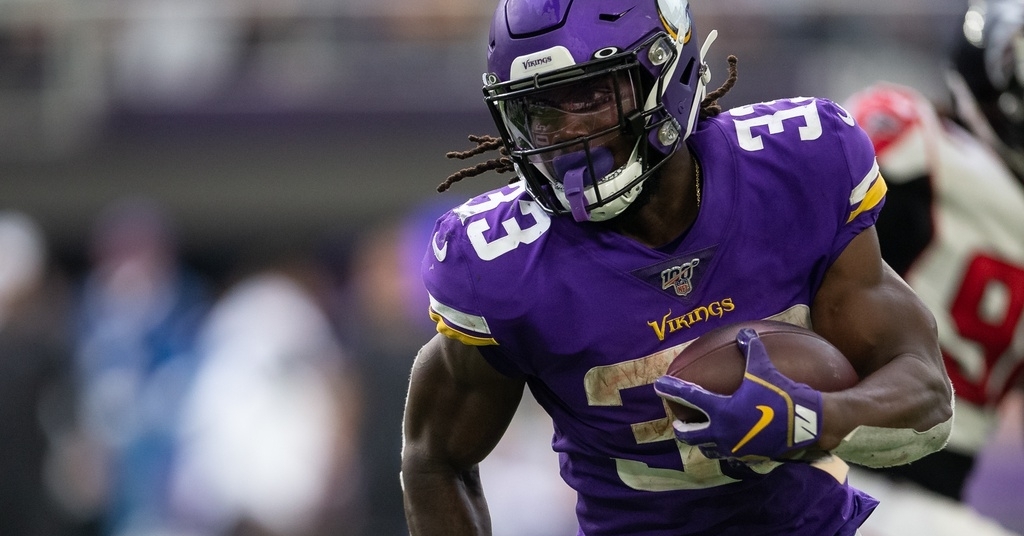 All offseason long, talk around the NFC North was how it was going to be a three-team race as to who wins the division. Well through three weeks, it appears as if it could very well be a four-team race as the Lions are one quarter away from a 3-0 start themselves. That sets the stage for a huge week three matchup as the Bears (2-1) take on the Minnesota Vikings (2-1) Sunday at 3 P.M. at Soldier Field.

I don’t like to talk about must-win games early in the season, but this is a must-win game for the Bears as a loss would not only send them to 2-2 on the season but 0-2 in the division. This is also a must-win for Minnesota as they face the same predicament that Chicago is in. Despite having great success against the Vikings at home in the past 15 years, this year Chicago facing a new-look Vikings offense that features the top running back in the league Dalvin Cook.

With an 84-million-dollar signal-caller, two pro-bowl receivers and a revamped offensive line, you would think the passing attack is where the Vikings would be thriving. However, that is certainly not the case as Dalvin Cook has started off the season in a big way on his way to leading the league in rushing thus far. Even if the Bears feature one of the better run defenses in the NFL, they have a pretty good idea of what Minnesota will look to do on Sunday, and they are more than up for the task of taking down Cook.

To put the Vikings rushing attack into perspective, they are the only team in the NFL with more rushing yards than passing yards. That is a true throwback style of offense which is something they were very well known for during the Adrian Peterson days when he was carrying the offense with Christian Ponder at QB.

Minnesota is second in the NFL behind the Baltimore Ravens in total rushing yards, but it is the 375 yards from Cook that Leads the NFL nearly 100 yards more than his next closest person. These are the type of matchups that have given the NFC North the nickname of the Black and Blue division and Danny Trevathan can’t wait to get after it on Sunday.

"This is football, you know what I'm saying?" said Trevathan. "Ground game, this is how football started. If you're not hyped for that, you're in the wrong place."

The Bears are not only familiar with the Vikings but are quite familiar with their run-heavy approach especially since Peterson spend many days during his career slicing through the Bears defense including his 232-yard day during his rookie season. Add in the fact that the last player to rush for 100 yards against this defense happened to be wearing Purple and White as Latavious Murray surpassed the century mark in 2017 a full decade after Peterson last eclipsed that mark.

Cook is a lot different than Murray and looks much like Peterson when he had that huge game back in 2007. Chicago did hold Peterson to 37 yards on the ground Monday night, but Safety Eddie Jackson knows that Cook will make you pay if you are not on top of things from the start.

"[Cook] is just very versatile, fast, runs with a lot of passion and aggression," said safety Eddie Jackson. "We've just got to be ready to come out and tackle him."

Stopping the run has been critical to the Bears success as a defensive group as it forces teams to rely more on the pass which plays into the Bears strengths. If Chicago can contain Cook and not let him get going, that will put the ball in Kirk Cousins hands more, forcing him to beat you. That is something he has not done very well against during his career against winning teams and with the Bears turnover happy defense look for Cousins to throw multiple picks should Cook be shut down this week.

If you want to know just how important stopping the run is for Chicago, look no further than last season. Chicago was 11-1 as a team when opponents rushed for less than 100 yards against them as opposed to 1-3 when over that mark. Since 2014, the Bears are 1-10 when teams surpass the century mark on the ground against them which is why the defense needs to set the tone right from the start on Sunday.

"Well, they're persistent with it," said coach Matt Nagy. "It's something that they're going to do regardless, and they're good at it. (Cook is) a guy that fits that mold, that zone-type runner that can see the vision of being able to hit the wide zone, the inside zone and cut it back. So, if your pursuit's not there, you're in trouble. He's got speed. He can do things out of the backfield with his hands. They're using him really well."

If anyone can shut down this rushing attack, it would be the Bears as they enter the game ranked fifth in yards allowed on the ground and fourth in yards per carry. They are also one of just three teams in the league yet to allow a rushing touchdown which is something Cook, and the Vikings have been very good at so far.

The biggest key to stopping the Cook this week is to limit the big play as Cook has been able to break big runs every week including a 75-yard scamper against the Packers in week 2. So far, the Bears haven’t allowed a run over 20 yards, but with the kind of speed Cook possesses, Ha-Ha Clinton Dix and Jackson will need to play a much bigger role in the tackling game as they will be the last line of defense should Cook burst through the ferocious front seven.

"You see the guys we have upfront: Khalil (Mack), Danny, Roquan (Smith), all those guys, (Leonard) Floyd," said Jackson. "So, on the backend, we know it's going to be tough for teams to run on us with the type of front seven we have. We've just got to be prepared on the back end: don't go to sleep and have our eyes in the right spot."

Sunday will be all about turning back the clock as the Bears and Vikings will bring a whole new meaning to the Black and Blue division.