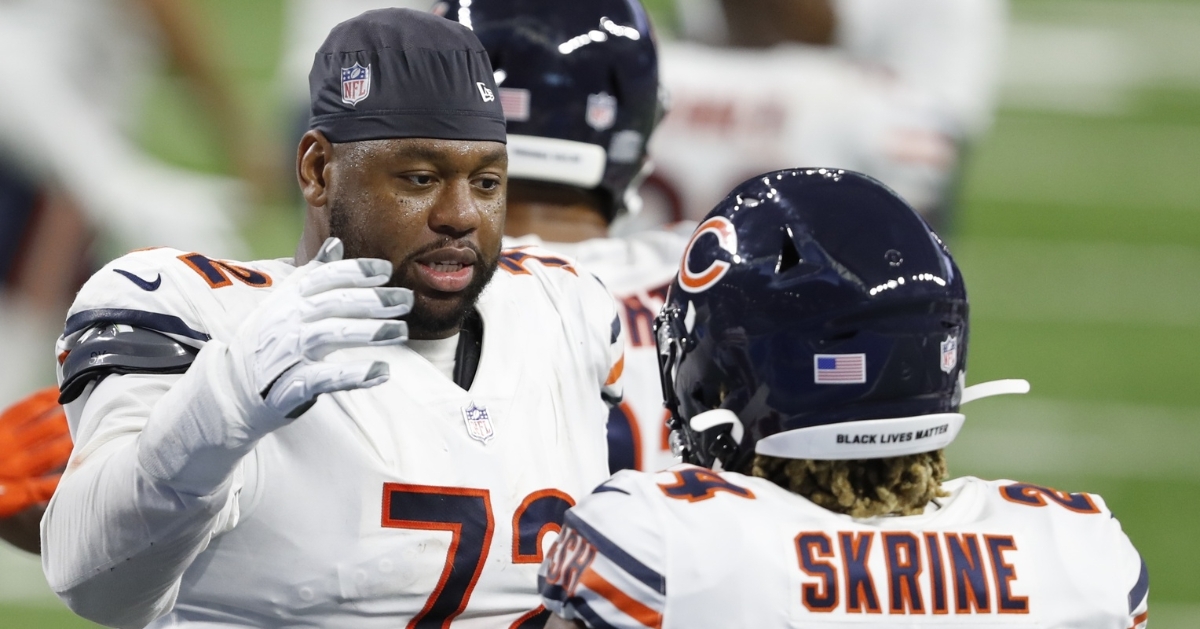 The Chicago Bears defeated the Detroit Lions in comeback fashion on Sunday, 27-23. It was a rocky start and s strong finish, but the important thing for Matt Nagy’s squad is that the Bears are 1-0 for the first time since 2013.

So let’s take a look and give out some grades based on the performances by position after the comeback win over the Lions.

If you looked at just the fourth quarter, Mitchell Trubisky’s grade would be an A without a doubt — but when you encompass the entire game, I could not be as generous. The offense put up a grand total of 27 points, but 21 of those were in the fourth quarter. A slow start offensively could be partly the fault of Trubisky, who struggled finding his rhythym early on due to heavy pressure on him and he missed a few receivers that he was hitting in the second half.

The fourth year quarterback used his legs three times and was able to gain 26 yards out of that, and I think one of his keys to better success is keeping defenses off balance and doing that more. He finished with 242 yards and three touchdowns, all in the fourth quarter. Another number that Matt Nagy loves is zero turnovers. Still some work to do for Trubisky, but that fourth quarter certainly had some encouraging signs to build on.

No running back really played bad, but none of them truly wowed either. David Montgomery led the backfield with both 13 carries and 64 yards. Cordarelle Patterson had four carries for 19 yards, and Tarik Cohen had seven carries for 41 yards. The average per carry was over five yards for the trio, and they combined caught four passes but did not really do all that much. That can also partly be blame on the play calling, as in the future I would like to see the run game established early with a healthy David Montgomery, which can open up play action for Mitch as well as the screen game for Tarik Cohen or Cordarelle Patterson.

More 12/13 personnel run schemes in Week 1. Get multiple TEs on the field.

Downhill with more speed + the body control to run through contact. @NFLMatchup pic.twitter.com/0nY8pJFIx6

The one unit that was extremely impressive to me on the offensive side was the wide receivers. Allen Robinson was constant and fantastic as usual with five catches for 74 yards. Anthony Miller has solidified himself as a legit number two receiver and caught the game winning 27 yard touchdown with a diving catch to prove it. Javon Wims got involved and caught a touchdown and Darnell Mooney added 38 yards on three catches. With two legit weapons out wide and any hint of a third, this offense is a lot harder to defend and a lot easier to operate for Trubisky.

The tight ends, and there are many on the Bears roster, were disappointing. First round pick Cole Kmet struggled to even catch a pass, as did Demetrius Harris, J.P. Holtz and Eric Saubert. What keeps their grade a solid C- is the performance from Jimmy graham in his Bears debut, he caught three passes for 25 yards and a touchdown, and was a yard away from another. For a team that has this many tight ends, utilizing them is a key for Matt Nagy to zero in on.

The offensive line was not all that good. They were able to open holes for the running game fairly consistently, but left Mitchell Trubisky under duress for most of the game. Although they only gave up one sack all day, Trubisky had heavy pressure on him frequently. The offensive line needs to step it up against better defenses or the Bears could be in for some long games.

It was nice to have Akeim Hicks back, who had the Bears’ only sack in his return to the game. The rest of the d-line was fairly quiet all day, and they struggled to stop the run. Might I mention this all against a pretty bad Lions offense, this d-line should have been feasting.

Any unit that boasts Khalil Mack deserves some props for his play. Mack did not light it up on the stat sheet but he did have a big impact on the game. Roquan Smith and Danny Trevathan were okay, but we could be talking about the missed coverage with seven seconds left when the Lions almost won on a touchdown pass to the end zone. For the Bears defense to be as strong as they want to be, this unit needs to carry them.

A pick for Kyle Fuller, multiple pass defenses from rookie Jaylon Johsnon and no really long plays highlight what was a very successful opener for the secondary. Fuller and Johnson look like a solid 1-2 combo on the edge for the defense and you can’t forget the duo of Eddie Jackson and Tashaun Gipson ballhawking and laying hits.

Kicker Cairo Santos delivered two made field goals on two tries, the punt unit was solid and did not give up any big plays, and Cordarelle Patterson had a lengthy return to set up one of the Bears’ fourth quarter scores. Solid day from this unit.

Sure they won the game, but I would have liked to see some more from Nagy and this is what I mean: Let Mitch out of his cage and out of the pocket earlier, take some shots and let him run. Establish the run game as soon as you can, it makes Mitch’s job so much easier. You spent a lot of money on a free agent tight end and then drafted one in the second round, USE THEM.