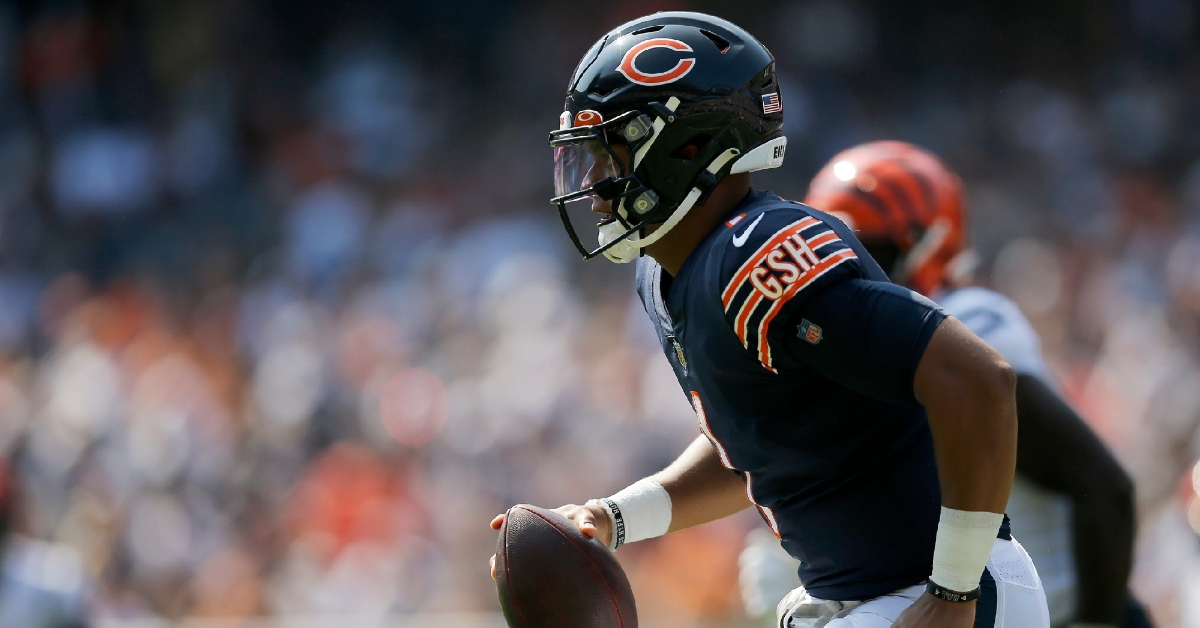 The Bears are back home to play a frisky 0-3 Detroit Lions team after an embarrassing performance in Cleveland. The Bears will play against a first overall pick at quarterback for the fourth time in four weeks.

Let’s dive into each position group and see where Chicago may have an advantage:

Quarterback: Justin Fields did not have any chance to show what he can do in his first career start last week. The excitement around his debut was quickly matched in frustration and disappointment with how he was used. No one blames Fields for the lack of offense last week, but we still have yet to see him get to use all the talent he possesses. Detroit will be starting Jared Goff, who really has looked pretty good in his first three games as a Lion.

The first overall pick in the 2016 draft was pushed out of LA, but was a great piece for Detroit to get in the Matthew Stafford trade to possibly fast track a rebuild. Matt Nagy being in control of the offense and the uncertainty with how Fields will be used gives this advantage to the Lions.

Running Backs: David Montgomery is a very talented back, but is working behind an undermanned offensive line. The offense has to get more creative in how they call plays to make up for this and get Montgomery going. Detroit has two solid backs in DeAndre Swift as the main ball carrier, and Jamaal Williams as a great receiving option. If I base this on depth, I would give the edge to the Lions. I believe Montgomery is better than both of these backs individually, so I am leaning Bears here.

Wide Receivers: The wide receiver position may be the biggest hole in the Lions roster. They have some players performing pretty well in Quintez Cephus and rookie Amon-Ra St.Brown, but they would each would likely be lower on the depth chart on most other teams in the NFL. The Bears have Allen Robinson and Darnell Mooney who have done well when they get the opportunity, while Marquise Goodwin provides speed and a vertical threat. The Bears have a clear advantage here, but it will not make a difference in the game if the offense can only complete six passes in the entire game like they did against Cleveland.

Tight Ends: Cole Kmet continues to not be a part of the gameplan after being the franchise’s first pick in the 2020 draft. Jimmy Graham has should likely be used a bit more just to provide a big target to Fields. The tight ends really should be used much more because they are safety blanket for a young quarterback with a bad line. Detroit has one of the better young tight ends in the NFL with TJ Hockenson. As a top 10 pick in the draft he had high expectations, and is living up to them thus far. Hockenson is the number one option the Lions passing game, so the Bears should focus on him and making Goff throw the ball to someone else.

Offensive Line: If the o-line being a glaring weakness was not a big concern already, last week made that loud and clear. It is known that Chicago does not have a talented offensive line, but the way they are being used is not helping their cause. The Bears let up 9 sacks last week, while the coaching staff refused to roll Fields out of the pocket or give any help. They need to move the pocket with roll outs and bring in tight end help for protection if they want to have any chance at moving the ball. The Lions have a solid offensive line led by center Frank Ragnow and rookie LT Penei Sewell. Sewell could easily grow into one of the better tackles in the league.

Defensive Line: Defense is where Detroit has a lot of holes. Akiem Hicks, Bilal Nichols and Khyris Tonga have played well for Chicago. Mario Edwards Jr. notched his first sack of the season in his first game back from injury last week. I am concerned why Eddie Goldman has not returned; it seems like there is more to his injury than is being let on. Detroit has some veteran players on the line with Michael Brockers and Nick Williams, but the offensive line will be much happier to see the Lions defensive line with no Myles Garrett or Jedeveon Clowney.

Linebackers:The biggest bright spot from the ugly loss for the Bears was how well the linebacker group played. Khalil Mack notched two sacks and Robert Quinn also had one. Roquan Smith will likely be in coverage on TJ Hockenson a lot this week and minimizes that advantage Detroit has. Detroit just released starting veteran LB Jamie Collins this week, but they have some active guys out there with Alex Anzalone and Trey Flowers. Still, there is a clear advantage here for the Bears.

Secondary: Eddie Jackson regressed yet again against the Browns. He continues to take terrible angles at ball carriers and appears to want nothing to do with tackling. Tashaun Gipson Sr. was out last week and questionable for this week at the other safety position. Jaylon Johnson and Kindle Vildor will man the corner spots again. If they can manage the speed of the Lions receivers the defense will have a lor of success. The Lions best payer in the secondary, Jeff Okudah, is out for the year with a torn Achilles.

Special Teams: Kicker Cairo Santos for the Bears has sadly turned into the biggest offensive threat at this point due to the lack of ball movement from the offense. The Lions starting kicker is out on the Covid-19 reserve list. The Bears definitely have the kicking advantage this week.