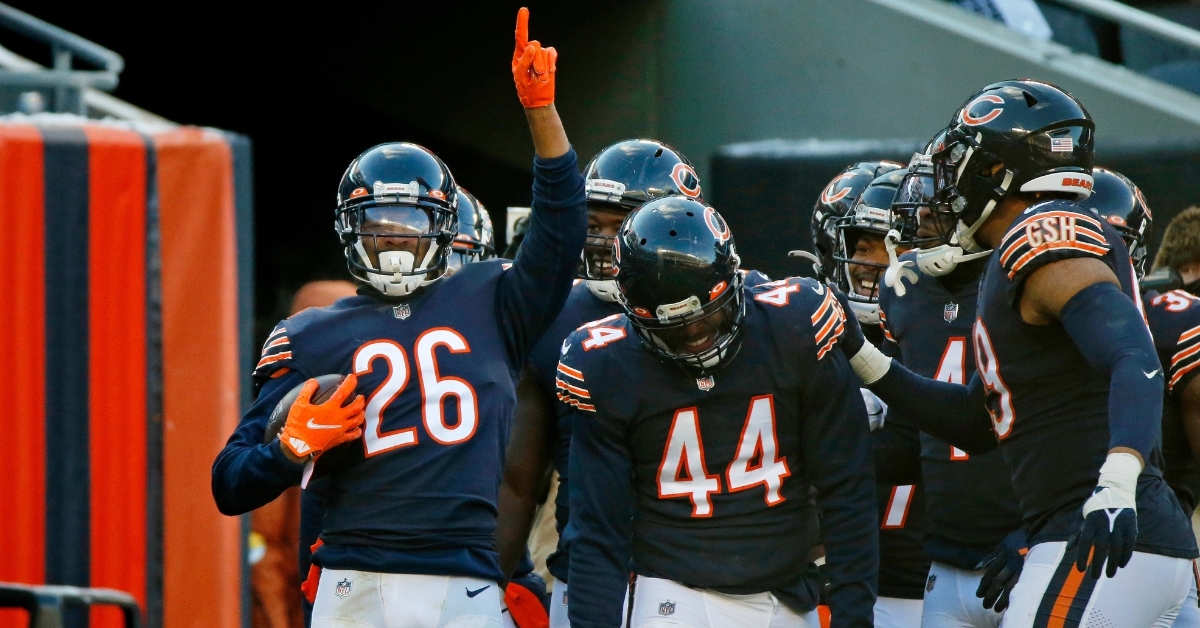 There was some good and bad on Sunday as the Bears have now gotten back in the win column for the second straight week. Despite being eliminated from playoff contention, the Bears are now 6-10 after beating the Giants 29-3 in Chicago.

So let’s take a look and give out some grades based on the performances by position after the win over New York.

Justin Fields was out, so Andy Dalton played QB for the Bears on Sunday. The veteran was 18-of-35 for 173 yards and a touchdown while also throwing an interception. Dalton also gained 14 yards on the ground. A good effort from Dalton helped the Bears to a win, but it looks like it will be Justin Fields to start in week 18.

David Montgomery was the best Bears offensive weapon on Sunday. He finished the day with 22 carries for 64 yards and two touchdowns, plus he had two catches for 17 yards and threw an interception when he tried to throw. Khalil Herbert was solid, he spelled Montgomery with two carries for nine yards. Damien Williams also was targeted. The Bears certainly need to keep them involved as much as possible.

The passing game was active. Allen Robinson was back finally and put up four catches for 35 yards. Marquise Goodwin was targeted but did not catch a pass. Second-year wideout Darnell Mooney caught seven passes for 69 yards and a touchdown. Damiere Byrd caught one pass for 23 yards, and Dazz Newsome was not targeted. This unit made some plays on Sunday.

This unit certainly has talent but needs to show it better. Cole Kmet and Jimmy Graham handled the tight end duties for this squad, and Kmet caught three passes for 25 yards. Graham was targeted a handful of times but did not catch a pass. Jesse James did haul in his target. I’d like to see more of this as the year progresses.

The offensive line was iffy, allowing two sacks of quarterback Andy Dalton but also doing well to create holes in the running game all day long. This unit was frequently penalized, but they were overall okay on Sunday.

The defensive line was great. They struggled to stop Saquon Barkley in the run game but kept the Giants out of the endzone. Trevis Gipson had two sacks, and Angelo Blackson had one in Akeim Hicks’ return.

Any unit that boasts Khalil Mack deserves some props, but Mack is out the rest of the year. Roquan Smith had nine tackles but did not do anything special. The rest of the unit was involved — with Robert Quinn having a sack to break the Bears single-season sack record. Need this unit to continue to step up.

This unit was good on Sunday. Eddie Jackson was back and made eight tackles. Jaylon Johnson was back too. But was Deon Bush and Tashaun Gipson stepping up and making plays with an interception each. Excellent showing from the secondary.

Kicker Cairo Santos made two field goals and had three extra points. The Punt unit was active, punting the ball five times and once inside the 20. The return game was good as well.

Despite it likely being Matt Nagy’s final home game, the play calling was better. David Montgomery got his touches, and the Bears were aggressive, especially in the 4th quarter. However, it might be two little two late for the Bears to turn things around offensively, especially without Fields at QB.

Week 17 is in the books, and the Bears are 6-10. The Bears finish the season next week against the Minnesota Vikings.